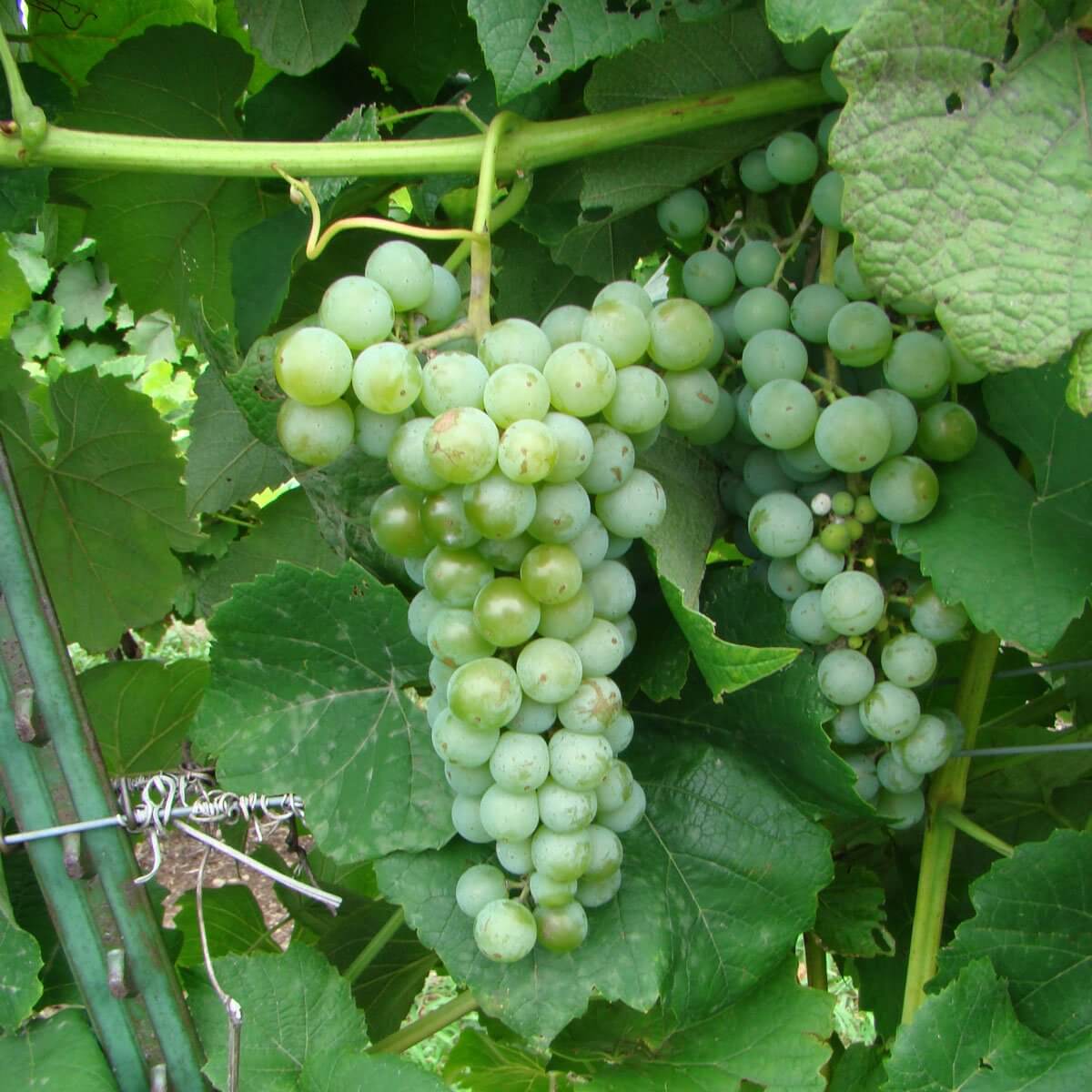 Mid-wire Cordon (MWC) training is used where neither Top Wire Cordon (TWC) nor Vertical Shoot Positioned (VSP) training is appropriate for the cultivator being grown. Examples include cultivators with upright shoot growth that do not require maximum sunlight exposure of the fruiting zone (i.e., cultivators that have relatively disease-resistant fruit that does not benefit from increased exposure to sunlight), and also cultivators with weak trunk growth due to inherent lack of vigor or susceptibility to winter injury. MWC training may be appropriate where training to TWC is difficult due to the difficulty in establishing permanent trunks, and where economics do not justify increased labor inputs associated with VSP training. MWC training employs a fruiting wire at 36-48”, with (generally) one set of catch wires at least 10” above the fruiting wire. 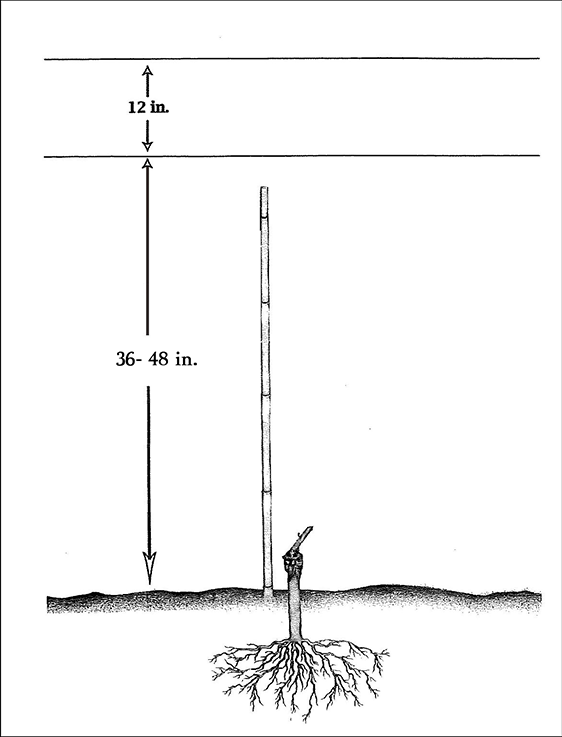 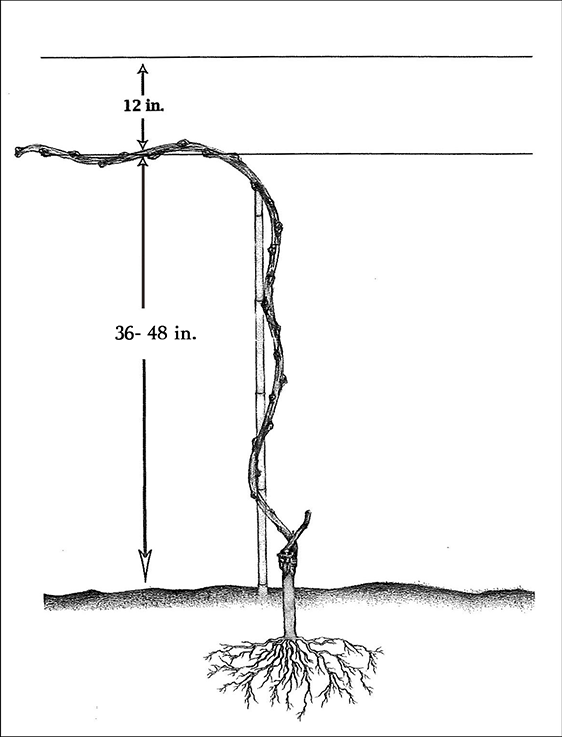 One cane is retained from the previous year’s growth. This can be pruned and tied to the bottom wire, or a longer cane can be trained up to or on top (fruiting) wire if first years growth was vigorous. A second trunk can be started by leaving a short spur at the base of the vine, just above the graft union on grafted vines, or just above ground level on own-rooted vines. In Year Two, crop should be limited by cluster thinning or defruiting in order to encourage vegetative growth. 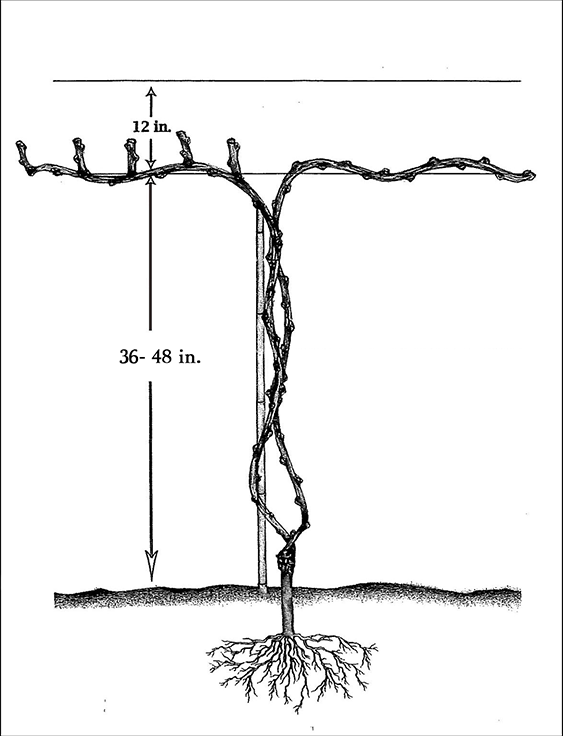 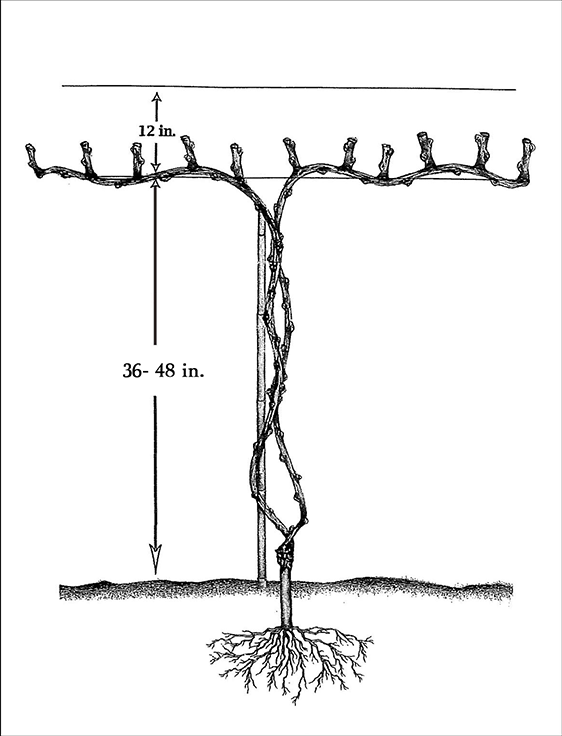 Cordons should be fully established and annual growth should fill the available trellis space. Depending on the variety, wine quality may be improved by reducing crop load, usually by removing second and/or third clusters on developing shoots. In regions where winter injury to trunks is anticipated, new trunks can be trained by retaining one or more suckers annually, and used to replace older, winter-injured trunks.
Reviews